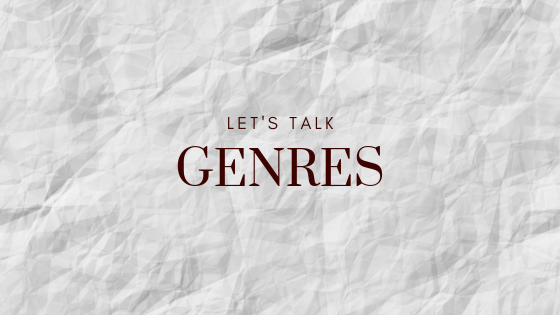 So, I’ve kind of maybe figured out a lil’ secret in the world of genres…

First of all, think of one of your absolute favorite books, movies, or TV shows. Or, alternatively, think of a really popular book, movie, or TV show.

The example I like to use is Star Wars.

(Bare with me if it’s not your thing. But, it’s one that I’m sure everyone’s at least heard of.)

Let’s see, now… what genre really is Star Wars? What would you categorize it as?

I mean, obviously, science fiction, right? But also fantasy, too. And action, and adventure. But, wait… there are thrilling parts of it, too. And also humorous parts… and maybe some romantic… And what about the age group of its audience? Pretty much… everyone ages 5 to 105.

And I’m sure there’s even more categories you can think of that Star Wars could fit into, and after some slight deliberation… well, it seems that it spans out and crosses over into just about every genre, doesn’t it!

Now, let’s return to whatever book/movie/show/other form of entertainment you picked out. What genre is it apart of? Does it seem to fit into more than one; in multiple categories? My guess is… probably.

So, I started thinking a lot about this other day, and I realized that… actually, a lot of popular stories include elements of a variety of genres in them. And, maybe, just maybe… that has something to do with why they’re so popular/likable.

And so, let’s take something away from that!

As writers, we need to make our stories likable, right? Well, how about we do that by… including all these different genre elements in them!

For (another) example, say you’re writing a romance novel targeted at women in their 30s. Or, so you think. In order to make this story work, as in, be likable, though, you should probably include a mix of both deep and light-hearted moments. And, maybe you do that with… including both dramatic scenes as well as humorous ones! And, of course, you gotta keep readers hanging on to your words from chapter to chapter, so you gotta include some thrilling cliff-hangers where your main character gets a text from Mr. (Maybe) Right but won’t open it until the beginning of chapter 6! And, as far as your audience’s genders and ages go… can’t a love story be one that appeals to many different people of many different ages? So, maybe you could put in elements of a story that the young and old both understand. I mean, hello, teenagers and grandparents both use iPhones now!

Of course, you will always have a main genre that you work your story in, and you’ll keep coming back to that. If it’s a romance novel at heart, then yeah, you’ll be ultimately writing a love story. And you’ll have to remember your main genre if and when you publish and try to market your book, like when you pick out a category to post it in on Amazon. But, still, readers like a little variety within their favorite genres, otherwise, they’ll get pretty bored of it pretty quick.

But including multiple genres in one story seems too… kind of make it really timeless. I mean, Star Wars first debuted in the 1970s, and we’re still watching and working with it today! And, let’s not even mention the even older plays of Shakespeare… beyond the old English language in them, we still resonate with their stories however many hundreds of years later because they’re full of so many different genres in just a few select pages.

So, I’m telling you guys, give this some thought as you start your next storytelling adventure! I mean… your next adventure/thriller/comedy/drama/historical journey!

One thought on “Time to talk genres”